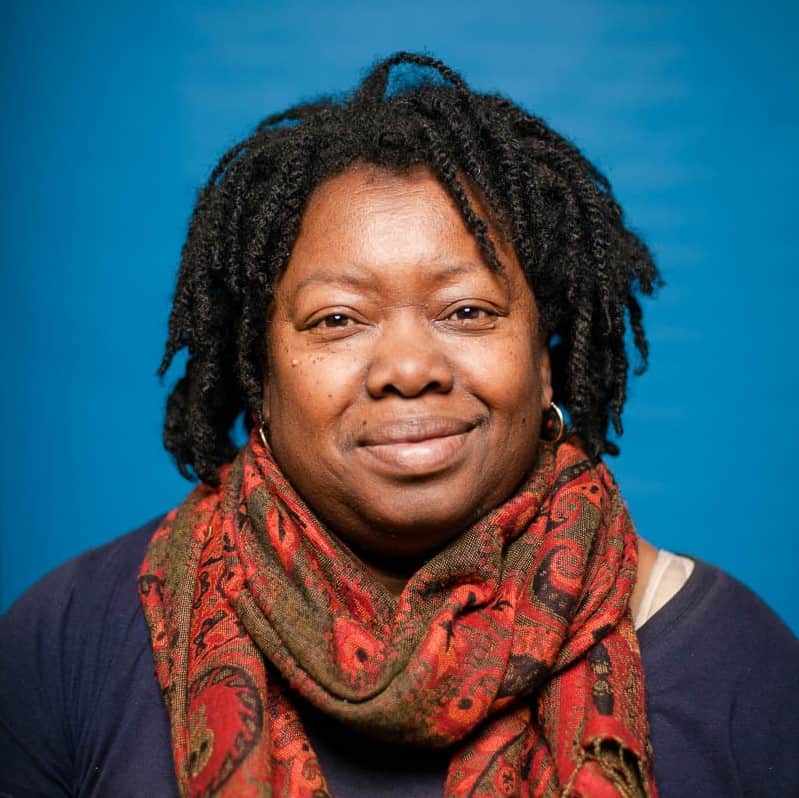 Agriculture in Africa began about 7000 BC in Central Africa and approximately 5200 BC in the Sahara (the Sahara had a much different biome then). Black and Brown communities have farmed, gardened, and produced their own food for millennia. We understood the land and tools and growing cycles. We understood animal husbandry. None of this was new to us. It was only through the lens of Manifest Destiny, colonialism, and other policies of white privilege disguised as right and authority that these groups became “marginalized” and described/defined as less able, unknowing, and “wanting”. We came here to this land already knowing…just as there were already indigenous peoples on this land before colonization working the soil. Agricultural America has profited from the work of Black and Brown bodies for well over 500 years.

Being dragged in chains, enslaved, whipped, hung, separated from their loved ones, never diminished the knowing. Neither betrayal by America and having land stolen from them, neither killing the Black- and Brown-bodied owners and running their families from the land, or broken promises, neither banking practices and other governmental agencies whose practices criminalized the “discovered” country’s Constitution…none of these erase ancestral knowledge of land and what it could produce for those who worked it…loved it…honored it. It did, however, become the stuff of nightmares, of dreams deferred, of soil ruined and depleted of its riches. It gave us urban families, many of whom have left behind the ancestors knowledge and forgotten how the food is produced. And when they do remember they must contend with policies and agendas, and governments either determined to continue privileged practices of false superiority, or the blindness wrought by a lens designed to manufacture that privilege and false superiority. The lens is the problem.

Now, in this moment, there are eyes being opened everywhere. Space for a new understanding is being carved out, but in that space it must be acknowledged that the lens is based on a flawed premise. The old moment, made new again by the horror of George Floyd’s (and other) murder(s), has once again opened a door. Will White America seize, and run with it…not to shut it down, but to listen, learn, acknowledge, and ultimately create an America where we all profit from the experience? Black and Brown bodies have systemically, systematically, and historically, been locked out, run off, and refused entry, so that White bodies might profit from either our absence and/or our labor. Looking at the history; you see criminal banking practices, immorally legal practices, and unethical policies meant to defraud all but white bodies of access to land and resources for farming. To turn this around is not to discover charitable natures. It is the righting of wrongs. It’s engaging in justice.

It’s using the word equality and equity, and then not failing to change the lens that impacts how the rule makers and historic beneficiaries of the injustices listen to, and create policies for, the denied, dismissed, and deceived. If this seems harsh, and difficult to read; take some time to imagine how it must feel to live the experience…over the last 500 years.

The work of shifting and pivoting, to change the lens of white privilege and understanding requires truly “seeing” how the protective bubble of white privilege works, and discourages forward movement. There have been clues, actions, laws, policies, all around us for so very long that give the lie to fairness, justice, equality, and equity of the current (and long time) lens of white definitions and white insistence on those definitions as the only truth or reality.

Often, even when doing the same work, bringing the same level of skill/education to a job Black and Brown folks can make less than their White counterparts? Black and Brown producers often can’t get space to sell at Farmer’s Markets. White people must ask themselves why a white Dylan Roof, who murdered Black people at their church (in a confessed hate crime) was arrested without shots being fired (and taken for a burger), and a Black man who’s stopped for a minor traffic violation ends up being fired upon and killed in his vehicle. More, White people must reckon with why they’ve accepted these scenarios. There are reasons for it bound by history…and its lens.

Changing the lens through which we examine and define reason, logic, and decision-making, requires hard work, and commitment to righting generations of discrimination and the damage that resulted from it. It needs individuals, groups, and organizations, re-educating themselves, going through trainings, and listening to how “other” defines the American experience (because perhaps we shouldn’t be described or defined as “other.”

Don’t just acknowledge that it’s wrong. Ask yourselves what the motivation might be. I assure you, the answers will be our first steps toward achieving real equity…in agriculture and beyond. This is the work we do at Groundswell Center for Local Food and Farming. This is the work we must be do. Groundswell and its partners and alliances are committed to making sure that the lens shifts to deepening equity.