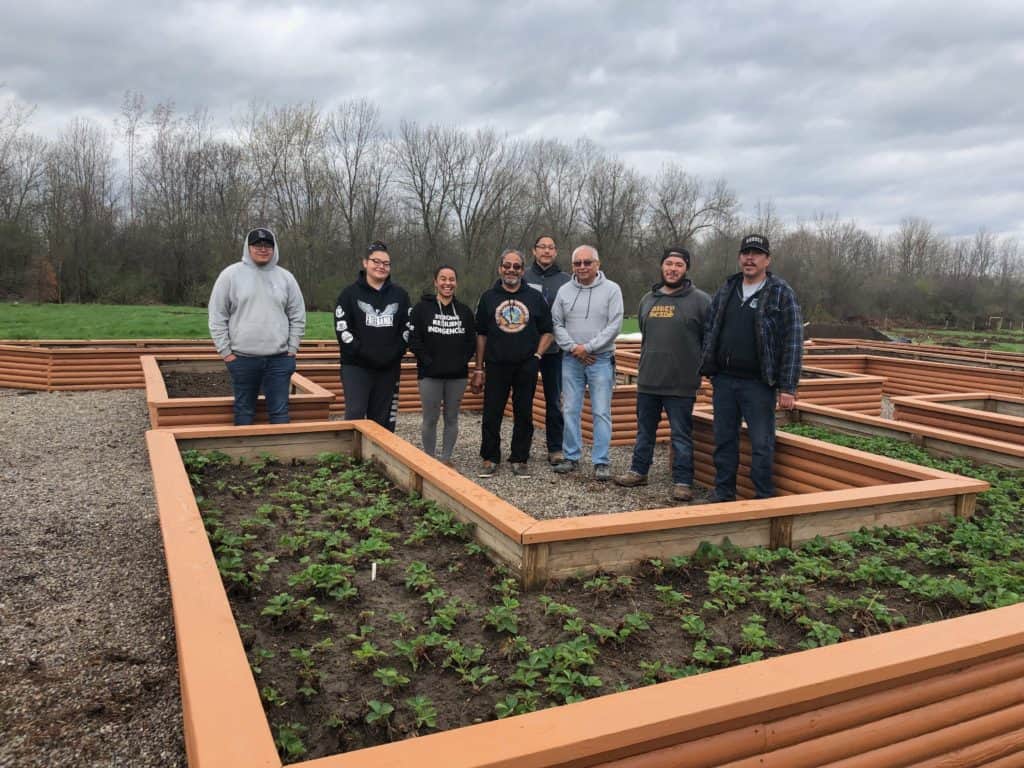 Last Friday, I had the opportunity to visit the Cayuga Nation Farm, which is part of the Cayuga Nation Immersion School. In case you didn’t know – The Gayogohó:no, are the original people of the land that is now known as parts of the Eastern Finger Lakes Region, surrounding Cayuga Lake. Gayogohó:no, translates to “People of the Great Swamp”. Cayuga is the colonized title for them. They are one of the 6 nations that make up the Haudenosaunee Confederacy, or the “People of the Longhouse”. In the western history books, they have been labeled as Iroquois, or ‘snake eaters.’ Amongst oral tradition throughout the Confederacy, the interpretation of the meaning of Iroquois can differ, but with certainty, it is not the name that they use for themselves.

The Gayogohó:no were the only nation of the Confederacy that did not receive “reservation” land. Since the removal of the Gayogohó:no from their ancestral territory, there are only few Gayogohó:no residing on their traditional territory. Currently, most of them reside on territory in Canada, where they have been for centuries, since their forced removal and slaughter due to the orders of the US government. The most famous local genocide being the Clinton-Sullivan campaign that traveled throughout NYS, upon the orders of George Washington, as he wrote to Sullivan on May 31, 1779, “…The immediate objects are total destruction and devastation of their settlements and the capture of as many prisoners of every sex and age as possible.  It will be essential to ruin their crops in the ground and prevent their planting more.”

I say this because when I visited the Cayuga Nation Farm at the Immersion School, that is being run by Stephen Henhawk, I was told the stories of resilience through growing traditional foods, and learning the culture and traditions with it. The emotions and feelings that flooded through my whole being upon hearing that last growing season (2018) was the first time they grew their original corn on their ancestral territories since they were removed over 2 centuries ago, were enough to give me faith in humanity. They have fruit trees planted, as well. Also, what struck me deeply was hearing a young man talk with great pride about being Gayogohó:no and knowing how to work with the clay, that their clay was beautiful. So many people in the larger local community that work with the land know that clay in the soil can be a huge challenge! We even have a high end soil local soil business, that I would like to believe exists due to the challenges posed by the clay content within our soils.

Although my time there was short, and spontaneous in nature, the message that resounded and wove itself through all of the conversation was that the Gayogohó:no are still here. Their ways are still living. They are not part of a past history, but deeply part of a living one. They have always been and will continue to remain connected to their ancestral territory, and in time, the manifestation of this in the outsiders reality will prove it to be true. My hope is that in the future we can continue to support them, and the work they are doing in the way they see fit, and help them to tell the original narratives of their stories to the greater people. Being a seedkeeper myself, I know that their stories are interwoven with farming, land stewardship and food sovereignty, where there is something for us to learn from them.