Farming For Justice- Indigenous Land Management and Cultural Preservation: How We Care for Ourselves and Culture Through Land Stewardship

Farming For Justice- Indigenous Land Management and Cultural Preservation: How We Care for Ourselves and Culture Through Land Stewardship

Wednesday, September 23rd
12pm-1:30pm EST
via Zoom
This free engaged webinar will be recorded.
Register Here
‘As we work the land, we continue to care for our culture through our connection to nature. Over the course of the last 3 years, in the formations of the Traditional Center for Indigenous Knowledge and Healing (TCIKH), we have come to create a small community organization that is based on cultural preservation through land stewardship by means of farming and seed saving. Creating land access for those who need it, we will also walk through the importance of connecting to nature at TCIKH. We will discuss these topics, along with some cultural teachings and lessons around land.’
Presenters:
Joe Soto and Alexas Esposito, co-directors,
Traditional Center for Indigenous Knowledge and Healing 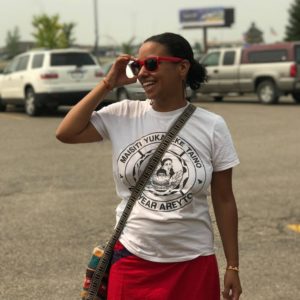 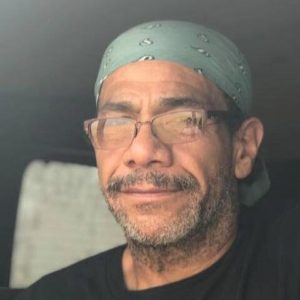 Alexas Esposito was Born in San Antonio, TX, and is Ciboney Guaní, Black, Apache, Mexican. They moved to Ithaca in 2008 to pursue a Bachelors Degree in Music Composition at Ithaca College. After graduating, They were quickly absorbed into the community, and embarked on a path of exploration that led me back to nature and her indigenous roots: Guaní (Taino). For the last few years I have cultivated a deeper relationship with seeds, birthwork, health and the land through her traditional indigenous culture. Alexas believes that through a harmonic relationship with nature, we can begin to restore equilibrium, as individuals, and as a human collective. Alexas is a doula, an herbalism apprentice, a seed-keeper, food sovereignty advocate, and a strong advocate for traditional indigenous culture with their family.

Jose Enrique Soto Delgado was born in the Bronx, New York in 1959 to Julia Delgado Rohena and Ismael Soto Rivera, both from Borikén (Puerto Rico). Joe has four daughters and seven grandchildren, and a beautiful wife, Robin Soto Wichman and they reside with our youngest daughter in Newfield, NY on 32 acres, and live a traditional way of life, off-grid.

The last 10-15 years Joe has been actively passing on knowledge to the younger generations. He is also a traditional bone-setter  who is devoted to the revival of our traditional Taino values and follows the teachings and traditional values of his ancestors. These were handed down to Joe by his grandmother Doña Victoria and mother Doña Julia, foremost, and the traditional healers Joe has apprenticed with. Joe acknowledges those who have passed on a great deal of knowledge to him.

To learn more about the Traditional Center for Indigenous Knowledge and Healing please visit their website: https://www.tcikh.org/

Click here to see all events in the events calendar