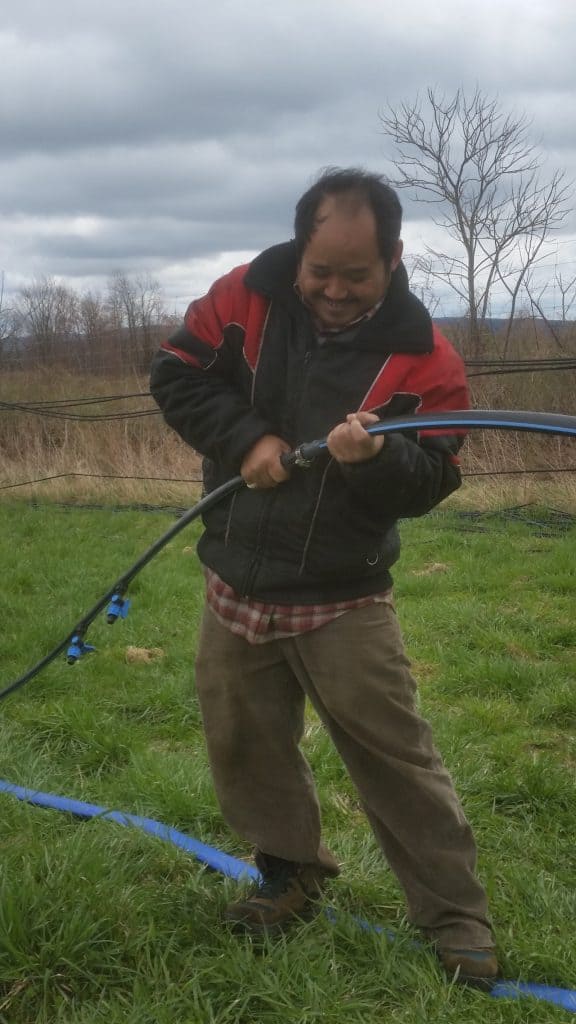 Meet one of our returning Incubator Farmers: Paw Pha

Paw started farming at the Incubator in 2015, operating a ¼ acre, and growing lots of Gongura (Roselle) and other traditional Burmese vegetables, including Watercress, Thai hot peppers, Lemon Cucumber, Long Beans, pumpkins, and Japanese eggplant.  as well as garlic, spring onions, and tomatoes.

In 2015 he started traveling to regional cities like Syracuse, Utica, and Buffalo to reach other Asian food markets in places where there are larger populations of Burmese folks.

Paw is considered a leader in the Burmese community and has been integral in assisting other Burmese families get started at the Incubator Farm.

Posted in Incubator Farm and tagged farmer, incubator farm
← Groundswell’s Incubator Farm is full for 2017!Grafting and Pruning in the February Sun at Indian Creek Farm →