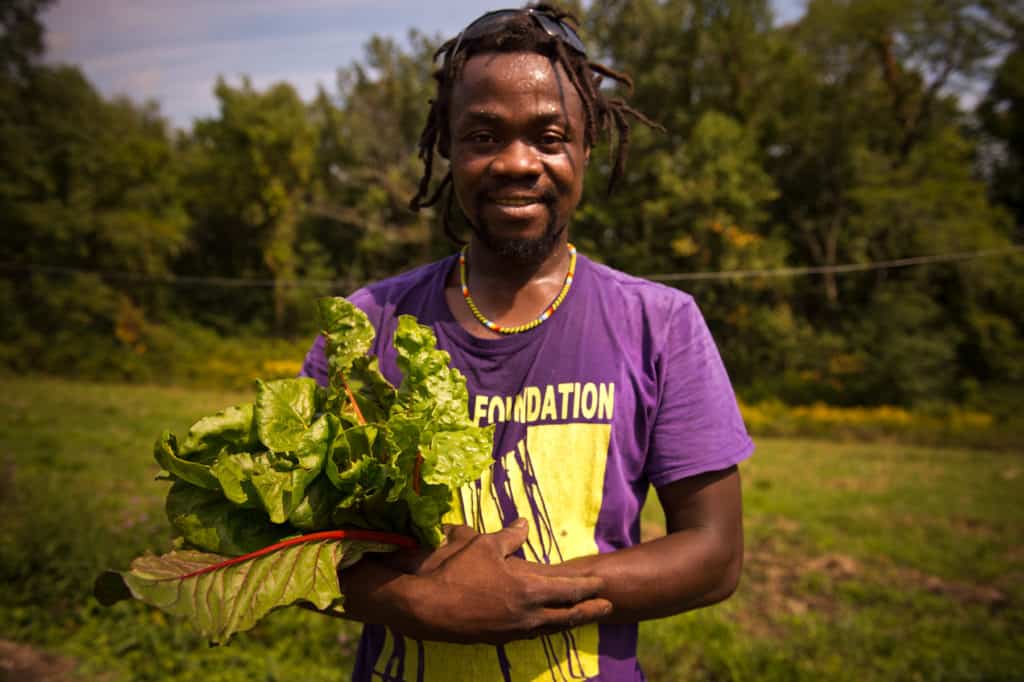 At Northstar Farm, food goes straight from the field to people’s plates.

The farm grows produce based around Northstar House’s menu. The pub, located in Fall Creek, is supplied with a steady flow of fresh, organic food from the farm.

The pub has several co-owners, and Northstar Farm is located on one of the co-owner’s property. Northstar Farm began earlier this year and is currently in the middle of its very first season.

Yao Foli (Cha Cha), the farm manager, said he is learning by doing and is focusing on starting small and scaling up. Yao is a graduate of our 10-week farm business class, and he has worked at several farms in the Finger Lakes. He is also passionate about sustainability and founded Ndor Ecovillage in Ghana.

On the farm, he has been collecting rainwater from the greenhouse for irrigation, which has proven to be not quite enough water for the entire farm. He said that being a farmer means being ready for the unpredictable.

He believes local farms promote strong public health, and to him, fresh food is akin to medicine.