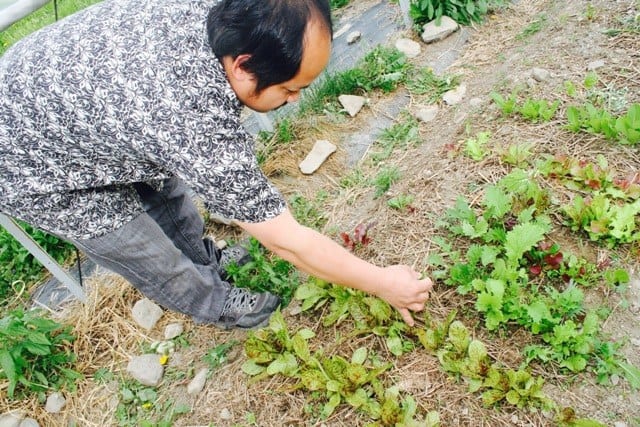 Historically, America has been a country made up of people from all backgrounds and all walks of life. The city of Ithaca and surrounding areas are reflective of this. Join Tompkins Weekly as we learn more about who we are as a community.
“My parents were farmers,” Paw Pha said describing his childhood in Burma (also known as Myanmar). “We moved to different places to farm each year. We don’t have to own land there; we just farm on it.”

The fourth of sixteen children Pha, who identifies himself as ethnic Karen, recalls his youth in Teepolay with nostalgia. There were only 20 houses in the small community, he explained, so villagers helped each other with farming responsibilities such as seeding their paddies.

Pha attended school locally until fourth grade, then moved to a secondary school. He was forced to drop out of the Mission School in ninth grade when Teepolay was invaded by the Burmese government army.
“We didn’t decide to leave; we had to,” he noted. “It was hard. It was peaceful there [in Teepolay]. There were no worries.”

The family fled, first by boat, then by foot, to Thailand, taking only the things they needed to survive. Once they got there, the only place for them to live was Tham Hin Camp, one of the many overflowing refugee camps in the country. The conditions there were unbearable. Many died, Pha explained, as there was never enough food or medical supplies. The water was bad and people frequently suffered from diarrhea and malaria. The emotional impact the camp had on refugees was terrible too.
“In the refugee camp, there is no hope,” he asserted.

After living in these conditions for five years, Pha and a friend snuck out of one of the unguarded areas. If caught, they knew they’d be jailed and have all their money taken from them, but Pha never regretted his decision. He journeyed to Bangkok where he waited for several years to get permission to come to the United States as a refugee. Eventually he received an I-94 (similar to a passport).
“I always wanted to come to the U.S.,” he said. “We think we will have the opportunity to come here and have a better life.”

Though he didn’t know anyone in Tompkins County, two townspeople, one from the First Presbyterian Church of Ithaca, sponsored him. Next, Pha applied to become a U.S. resident. In 2009, he applied to become a United States citizen, passed the citizenship exam, and participated in an August naturalization ceremony in Ithaca.

Once he was settled in New York, Pha wanted to bring his mother and siblings, still in the refugee camp, to America. His sponsors and United Nations High Commissioner for Refugees (UNHCR) helped him achieve his goal. So far he has brought more than 30 family members from Thailand to this area. Once they’ve found employment, the relatives pay UNHCR back for their plane tickets. Pha’s two young children and his wife, who he met in the Mission School, live in the house he purchased in Thailand.
“One time a year I go back to Thailand to see them,” he said.

There are many differences between Pha’s native land and America. His family didn’t have any electricity in Teepolay. They used flashlights and owned an old radio that provided them with both music and the time. Here, he confidently and effortlessly uses the internet. There’s more time to relax in America too, he noted.
“In Teepolay, we worked Monday through Saturday and went to church on Sunday. They only time we relaxed was December when we celebrate the holidays,” Pha said. “Here (America) we work, but only for 40 hours.”

In his “down time” Pha likes to watch all kinds of movies to improve his English.
Though the 39-year old works full time at the Annex Library at Cornell University helping students with document delivery, he’s also managed to find a way to return to his agrarian roots. When he heard through the grapevine that Groundswell Center for Local Food & Farming was establishing an organic Farm Business Incubator Program, specifically geared toward “New Americans,” refugees and people of color, on land leased from Ecovillage at Ithaca, he jumped at the chance to participate. Pha credits Devon Van Noble, who owns Van Noble Farms and is one of the incubator farm’s founders, with helping him get accepted to the three-year program.

According to farm manager, Liz Coakley, “The Incubator Farm provides low-risk access to land and resources.” Participating farmers are allowed to rent up to half an acre of land, use Groundswell’s farming equipment, and take advantage of “mentor farmers” advice, knowledge, and farm tours at a greatly reduced financial cost. Currently there are several Burmese farmers in the program.

Coakley emphasized that the program experience is unique for every farmer as they are all starting from a different place in terms of farming knowledge and business skills. She sees the Groundswell program as being invaluable to refugees like Pha, who want to preserve their farming skills and to grow and eat the foods they like and are familiar with. She and Groundswell staff have been evaluating whether three years will be sufficient time for the program’s farmers to establish a foothold in the farming industry.
“To farm under new conditions, learn English, and learn to run a business – all while working full-time – may not be possible,” she said, adding that they believe four to seven years might be a more realistic time frame for the program.

Now in his third year as an Incubator farmer, Pha grows some popular native vegetables: Roselle (whose spinach-like leaves are used as a vegetable or in soups), lemon cucumbers, and watercress. He sells these and other produce to Karen people from Utica to Buffalo, driving to these towns on a weekly basis.
“I test my product on them to narrow the focus to the things that sell best,” Pha said. “The second year of the program, I kept track of my product and profit on the computer.
“At first I didn’t think I wanted to be a farmer, but now I think I do,” he added, as he proudly surveyed the green shoots sprouting up on his land.